The D. family have been living for years in a small apartment in one of the old residential  buildings with a remarkable view of Burgas centre. The lack of space, however,  forced the family to consider an alternative home. The adjacent apartment going on sale was the lucky sign that determined their decision to stay and expand.

The project merged two adjacent apartments of 72 sq.m. and 64 sq.m.  After the architectural intervention the seven rooms were transformed into a living room, a bedroom, a children’s room and a relax room. Both apartments were connected by a corridor distributing the approaches to the rooms. The existing bathrooms were united by a small space with a sink. The living room underwent the greatest change keeping only the beams as an evidence of the former existence of four chambers. The beams divided the space into a living area, a dining room, a kitchen and a library. In the centre of the room a chimney was transformed into a decorative fireplace.

The interior was designed for a modern young family with a sentiment towards Paris and Burgas early 20th century architecture / the husband resided for several years in Parisian garrets, while his wife keeps fond memories of her grandmother’s house /. This determined the architectural approach – a clash between a modern lifestyle and architecture of the early 20th century. The reconstruction project revealed horizontal structural elements. The ceramic flooring was replaced by an oak flooring.The authentic look of the apartments was emphasized by ceiling moldings and skirting boards. But that’s not all. A mission “exchange windows” was launched. The original wooden windows of the building are one of its characteristic time scars. However, the purchased apartment windows have been replaced with pvc windows by the  previous owners. Good neighbour relations in Burgas are not a myth and neighbours exchanged windows. PVC windows went one floor down and the wooden ones went one floor up. The last step of the “rejuvenation” process was the refreshment of four retro armchairs.

The reconstructed apartments became a basis for a minimalistic design. A family Mark Rothko poster brought from the Museum of Modern Art in New York inspired a graphic corridor in white. The bathrooms fade behind a wooden cladding with sliding doors , drawing the attention to the living area. The living room is spacious and light. The central focus is a decorative limestone fireplace. Four beams frame different functional areas in which BoConcept, Wolfram, Think Forward furniture can be recognized. 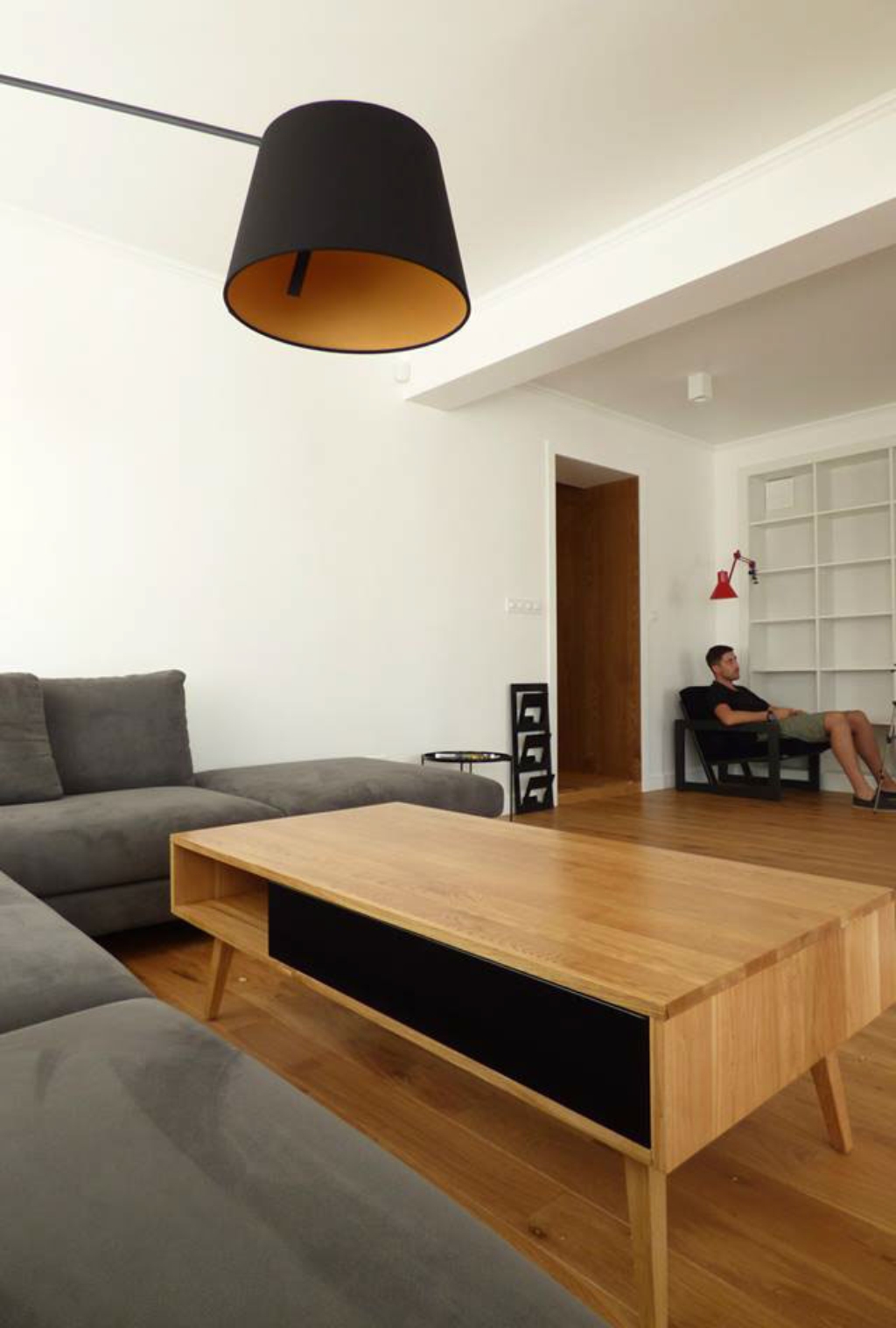 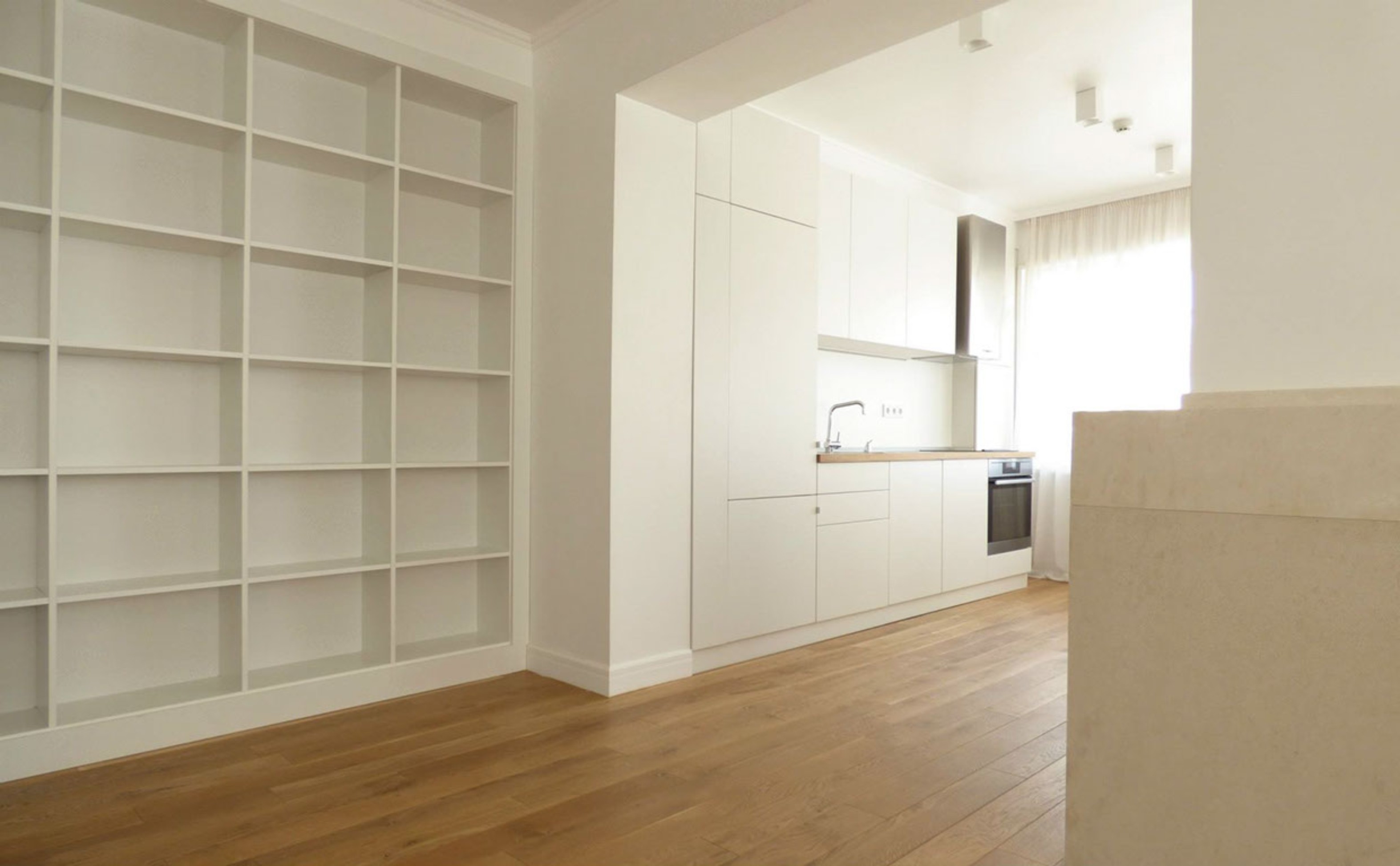 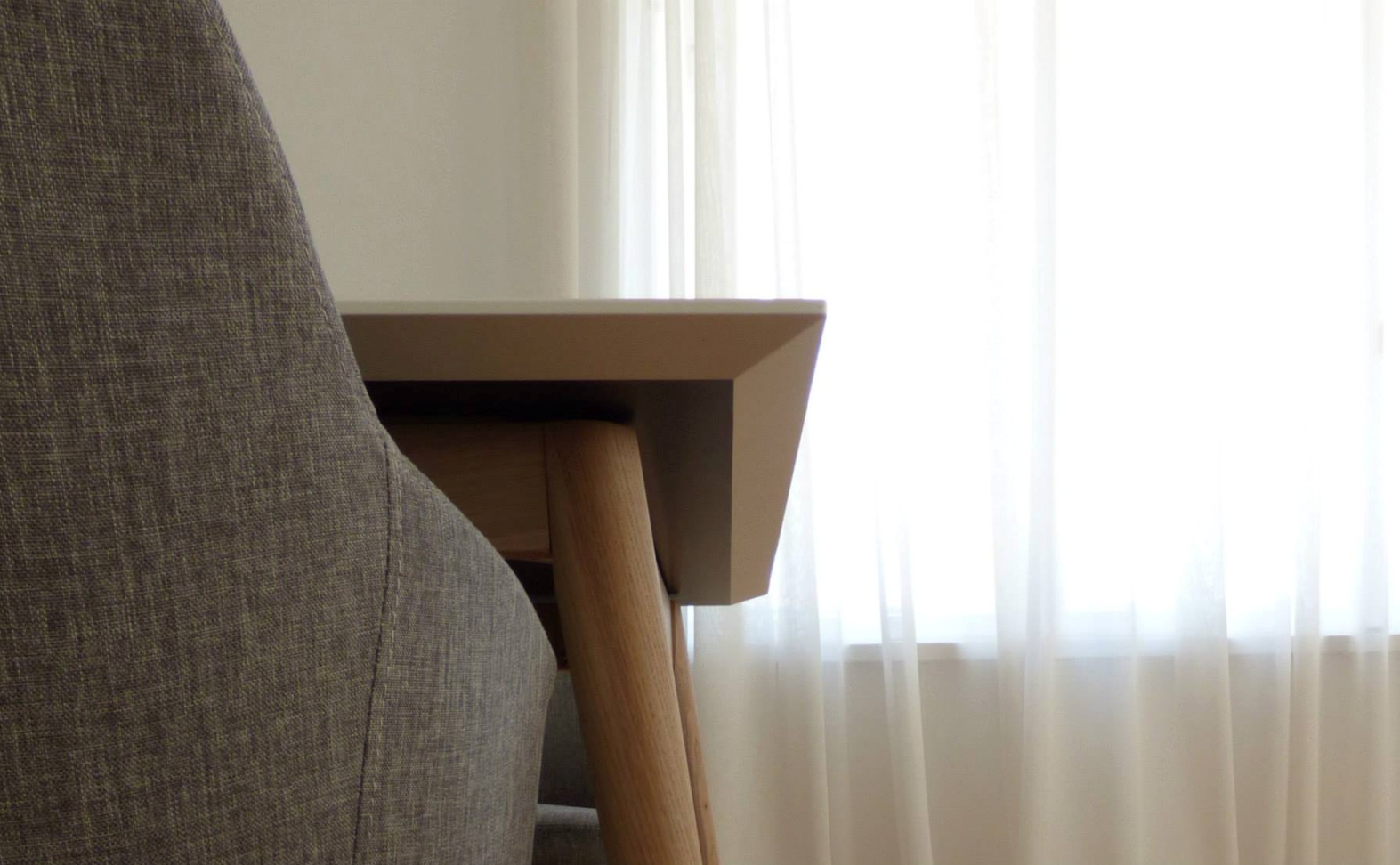 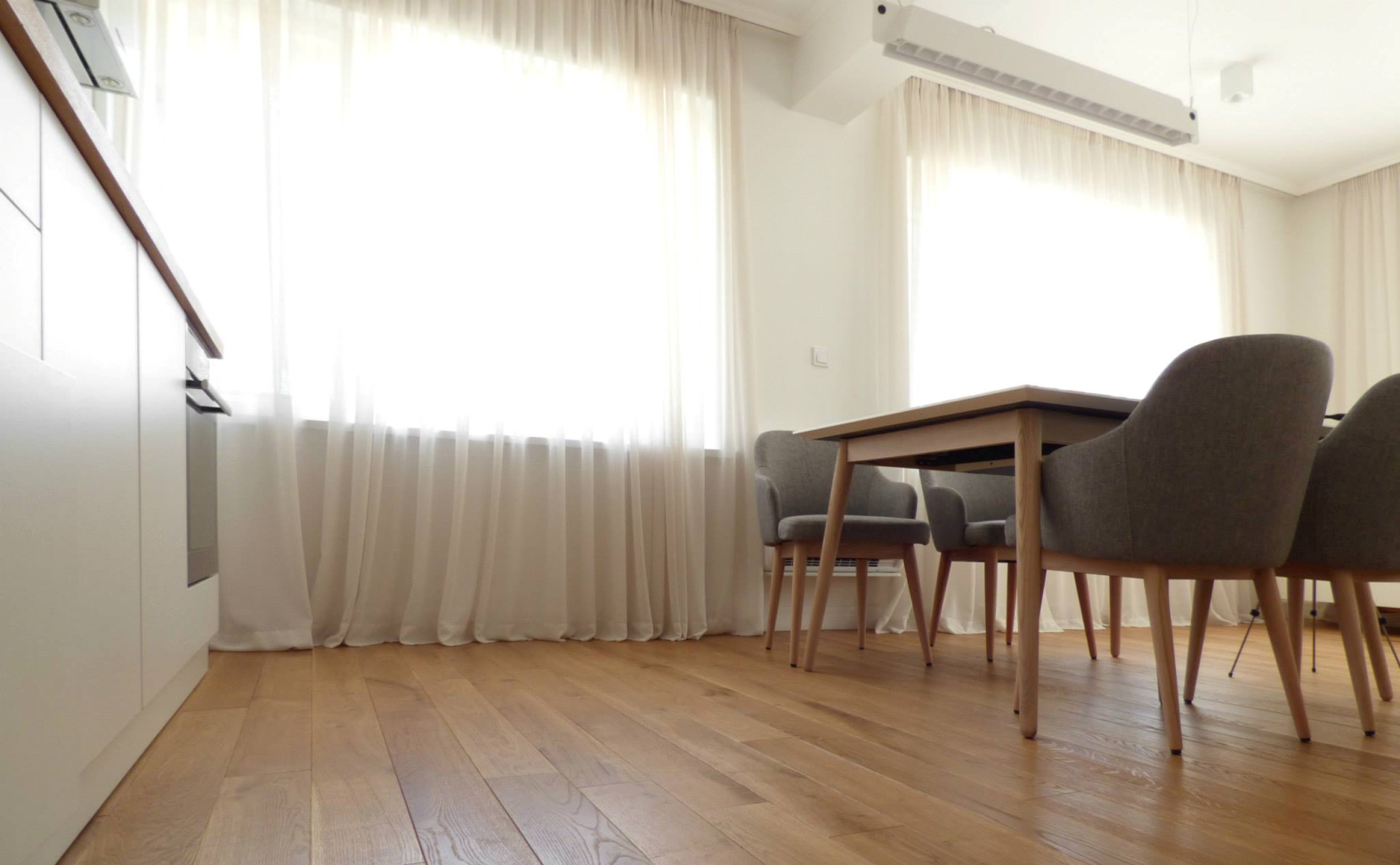 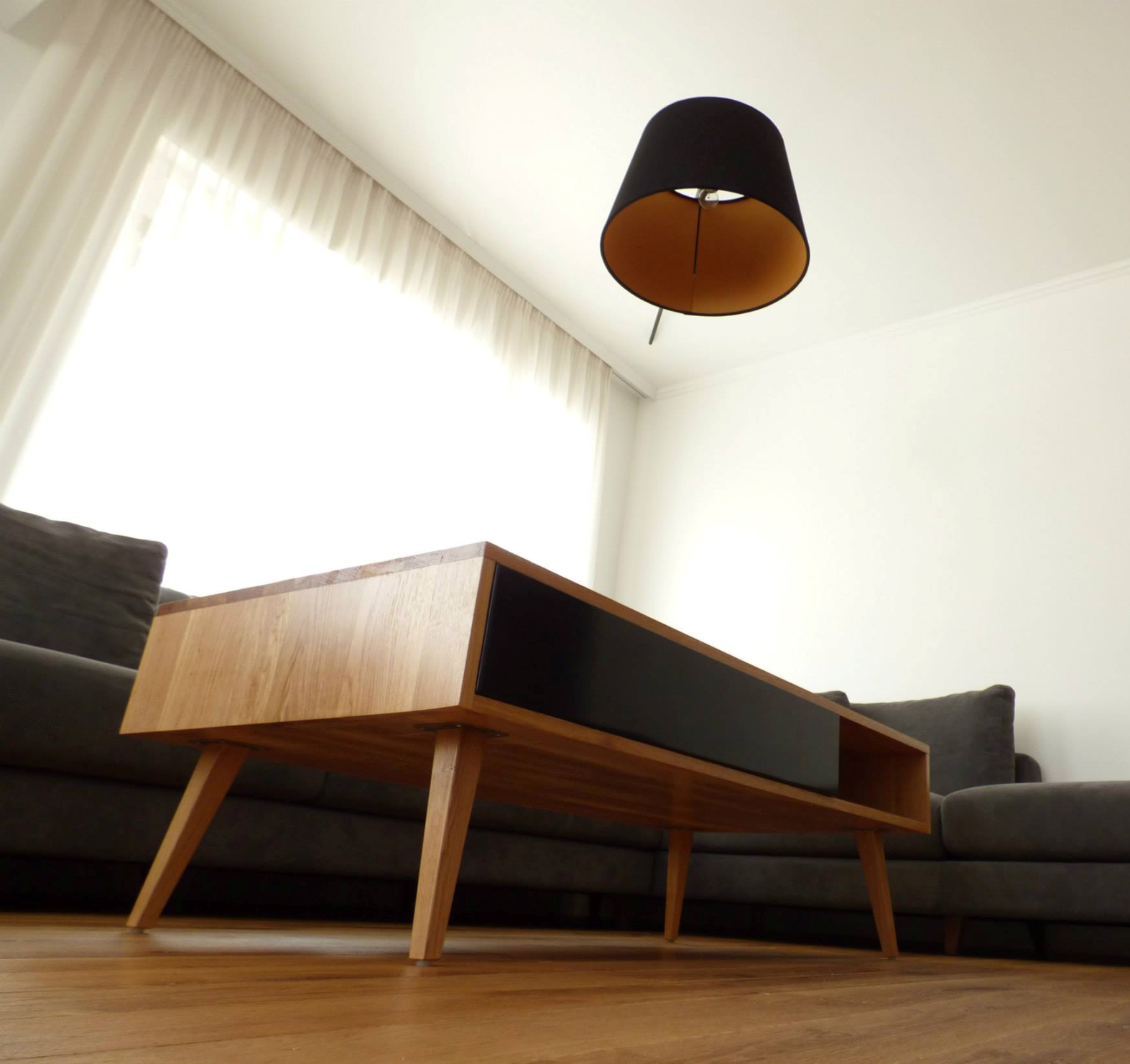 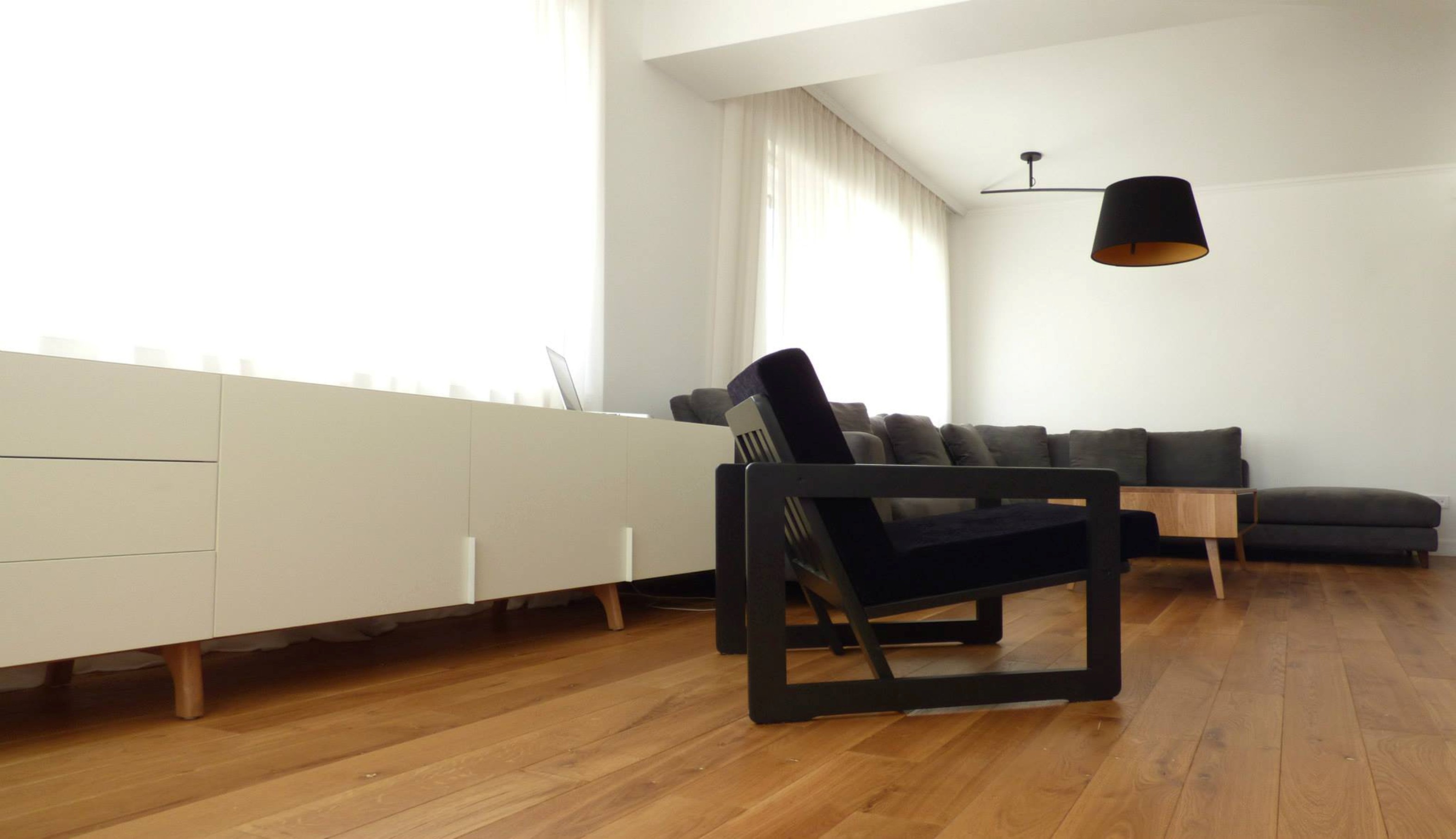 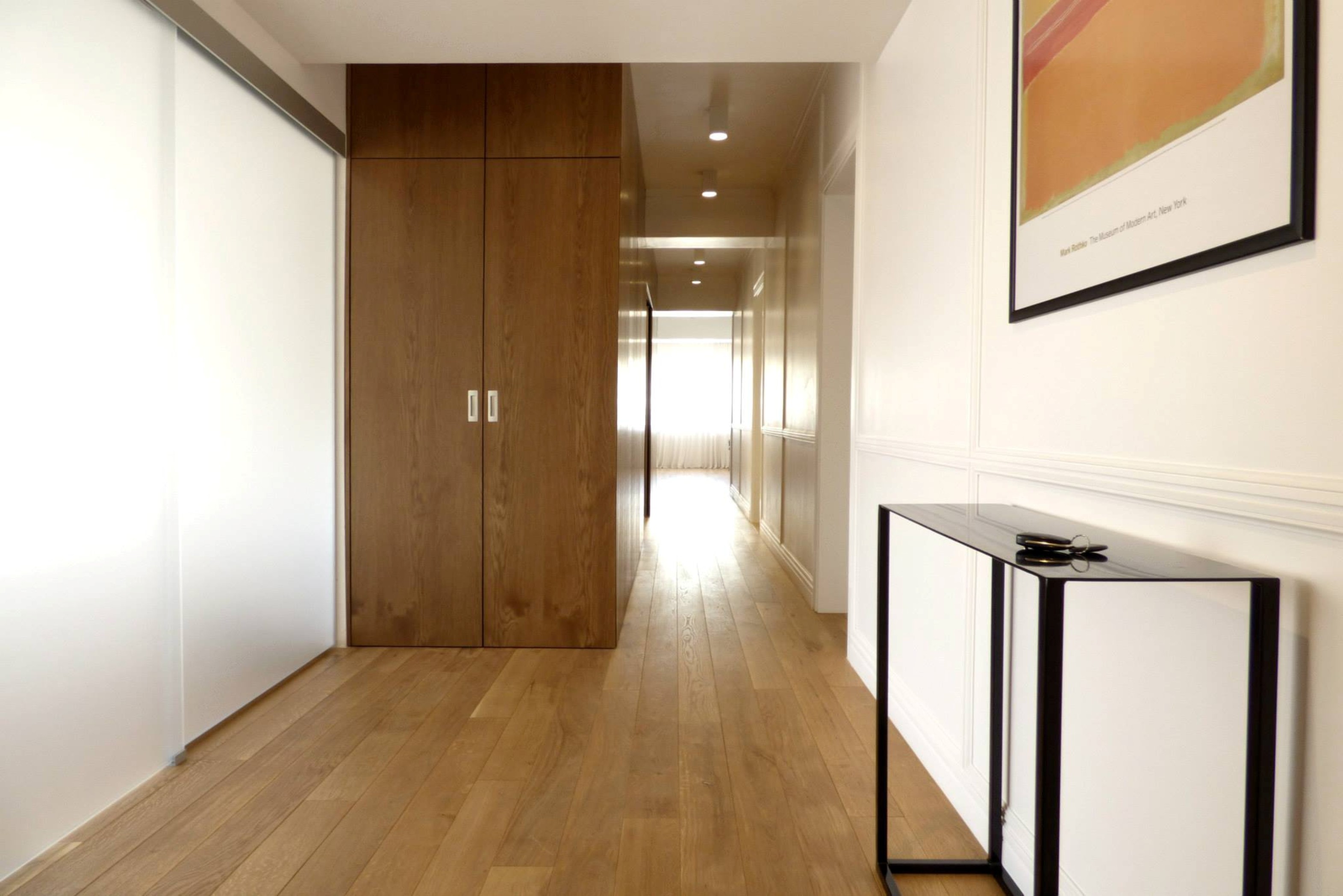 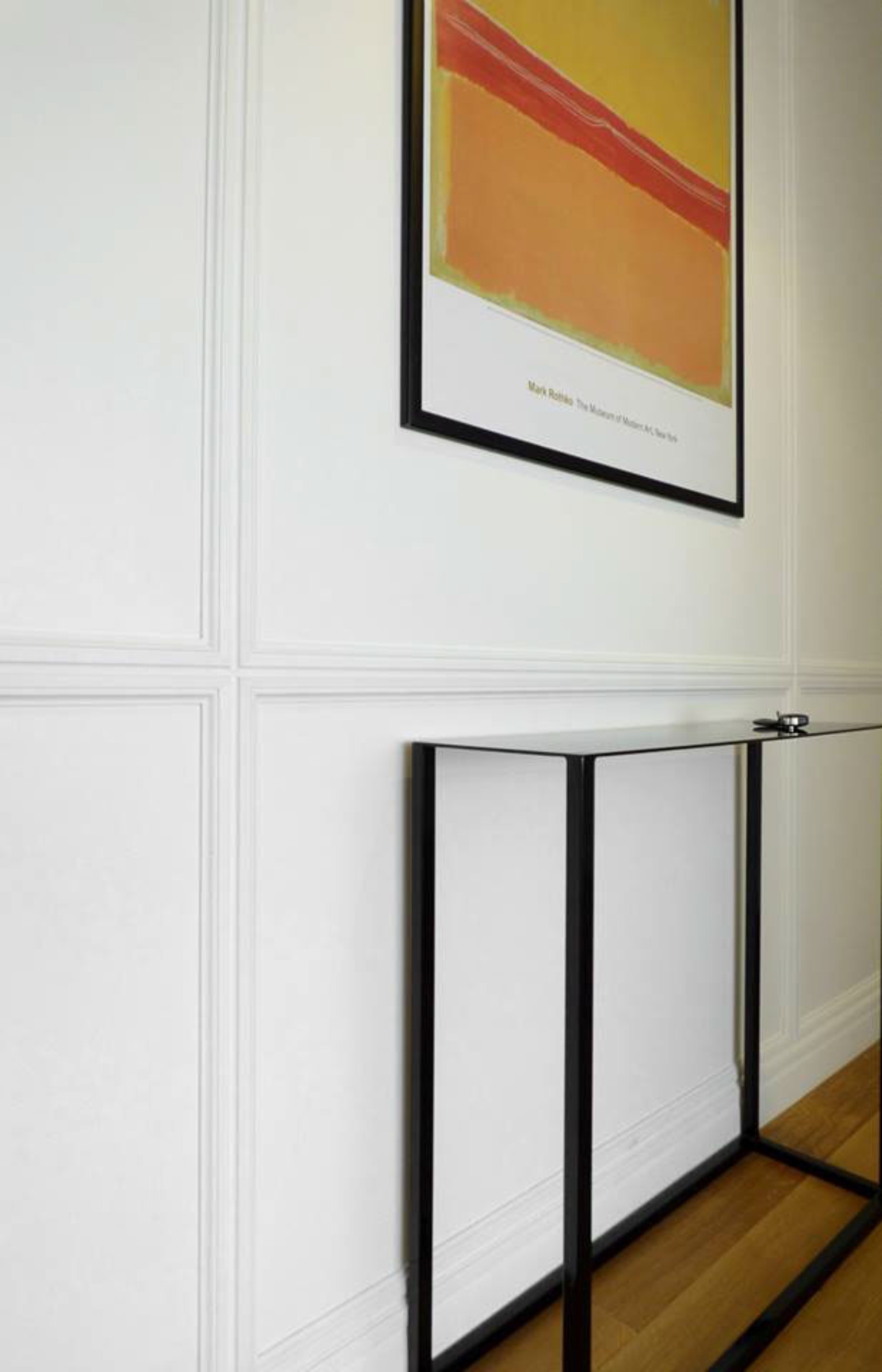